And they say quality television is dead 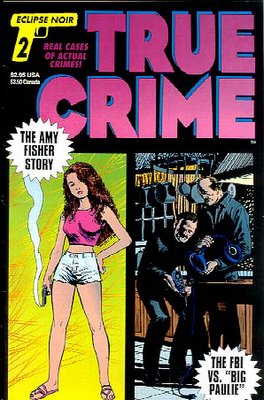 "Long Island Lolita" Amy Fisher, and the Buttafuocos, Joey and Mary Jo, have agreed to get together for an hour-long "reunion" TV special. For those of you who don't know the story, Amy was the then-16-year-old who had an affair with Joey B., an oh-so-suave Long Island mechanic. And I mean he had the whole look going, the feathered mullet, the gold chains, those baggy, clowny pants that are issued to every male in Nassau County once they smoke their first cigarette.

Then Amy shot his wife in the head to get her out of the way. Apparently, though, her aim was as good as her taste in men, because Mary Jo thankfully survived.

There were not one, not two, but three TV movies made about the story, because, you know, the networks are committed to providing as much information as possible on a newsworthy subject - especially if it involves the phrases "16-year-old" and "Lolita." Alyssa Milano played Amy in one of the movies, Drew Barrymore in another. And I have no clue or Google interest in finding who third movie Amy was, because, obviously, the world is going straight to hell now, and I have to go shopping for asbestos underware.
Posted by J at 4:59 PM

Noelle Parker played Amy Fisher too. She is the least famous of the three Amy's, but all of them look better than the real thing.